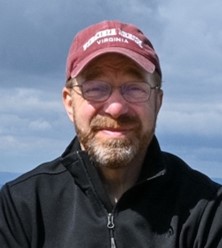 For decades, there has been public interest and media excitement regarding autonomous vehicles which would make human pilots and drivers unnecessary. The hope is that these increasingly autonomous vehicles would save time, increase efficiency, reduce costs, and most importantly save lives.

Autonomous vehicles have utility from farm fields to battlefields and everything in between. Adoption of these vehicles are likely to change many aspects of society and commercial industry. They will also have impacts on Government agencies that regulate and make use of these emerging vehicles.

It is important not to confuse a teleoperated (i.e., remotely controlled) or automated vehicles (operating on pre-defined paths) with truly autonomous vehicles. A truly autonomous vehicle acts to achieve goals defined by a human (e.g., a desired destination), responds to a full spectrum of environmental situations (e.g., weather, road types, intersections, curves, etc.) and appropriately reacts to all scenarios (e.g., cyclists, pedestrians, jaywalkers, wildlife, human drivers) without human intervention, oversight, or monitoring. The key is that the vehicle operates without human involvement.  The human would become the passive passenger with no part in operating the vehicle.

Since the early usage of unmanned aerial drones for target practice in World War One and Two, there has been a steady march towards increasingly autonomous vehicles in the air, on the ground, as well as on and under the sea—and we still have a long way to go.

While we’ve made significant progress increasing the use of autonomous vehicles in warehouses, for deep sea exploration, for handling containers in ports, and for material transport in mining operations, these vehicles operate in limited domains often while human operators closely monitor remotely.

Several companies have been testing fully autonomous vehicles on roadways in places like California, Arizona, and Florida. For the most part these driverless cars, have safety drivers on-board who remain “road aware”, capable of intervening if necessary. These vehicles are not only being used for testing; they are also collecting data about thousands of different scenarios which is then feed into simulations and sophisticated machine learning algorithms which further improve software on future models.

In the 1950s, computer pioneer, Dr. Alan Turing, postulated a test of whether artificial intelligence (AI) has been achieved. The Turing Test was that in a conversation with a true AI system, the human would not be able to tell if they were interacting with a computer or another human. A corollary to this test applied to driverless cars is that they are truly an autonomous vehicle if the car could be legally operated by a driver impaired by drugs or alcohol. We are not yet at the stage where we can pass the driverless car test.

While development and testing of driverless cars continues, significant Automatic Driver Assistant Systems (ADAS) have become widely available, including capabilities like adaptive cruise control, automatic lane-keeping assistance, automatic emergency breaking, collision alerting, etc. Many of these ADAS capabilities are confusing, with terms used in inconsistent manners, and drivers who often do not fully understand the capabilities, and more importantly, the limitations of these capabilities. The non-profit National Safety Council is so concerned about the safety implications of this situation, that they have created a website to educate drivers on what the automation in their cars can and can’t do called, My Car Does What?

These ADAS capabilities are very impressive, and some drivers are becoming increasingly reliant upon them. Drivers are becoming complacent believing that their vehicles are almost driverless, sometimes encouraged by manufacturers’ promotional materials. This overconfidence in current vehicle performance has resulted in drivers who are not remaining road aware and not able to intervene if needed. Drivers are watching videos, playing games, napping, and in some cases, not even sitting in the driver’s seat. Today’s vehicles are not ready for such behavior as demonstrated by some disastrous outcomes and fatalities.

Similar progress has been achieved in the air. Companies are testing and, in some cases, successfully deploying on a limited basis, vehicles that are highly autonomous.  For example, in Rwanda and Ghana, one company is using small, unmanned aircraft to routinely deliver critical medical supplies (e.g., blood, medicine, vaccines) to remote clinics; making approximately a thousand deliveries a day. These medical deliveries occur in a very timely fashion where alternative means of transportation could take hours or in some cases days. Operations are occurring in relatively rural areas where there is not a great deal of other air traffic for which to be concerned. A single human operator has system-level oversight over scores of airborne aircraft and can command individual aircraft to return-to-base, hold, or deploy an emergency parachute. The human operator has no ability to take over aircraft control.

Separating hype from the reality in autonomous vehicles is increasingly difficult. In some cases, the expectations for autonomy far outpace actual capabilities – or are deployed in specific circumstances that are not yet widely replicable. Some autonomous vehicles (e.g., drone medical delivery in Africa) are making subtle, yet transformative changes.  At Noblis we are tracking the progress, promise, and challenges in realizing the benefits of autonomous systems (for more information, please see our publication “Autonomy at Scale” https://noblis.org/autonomy-at-scale/).

While significant progress has been made, more work is needed as we continue our steady march towards increasingly autonomous vehicles. Government and industry leaders need to recognize current capabilities and help separate hype from reality.