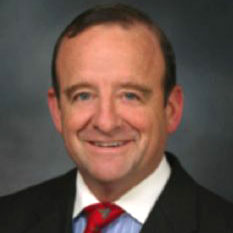 Nothing Artificial About The Growth Of AI In Biden Admin

The Biden Administration comes to office facing so many critical problems, but the first and most significant is speeding up the delivery of vaccines to everyone who wants them as soon as possible, which will permit the Nation to resume full economic activity. Accordingly, if we seek to understand if the Administration will make major changes in government procurement policy or attempt systemic reform, what that might be remains to be seen, as the transition was limited by the continued election challenge, and the choice to address a large number of first tier problems.

One early prediction is easy to make:  Any software algorithm/AI package that allows counter intelligence and domestic federal law enforcement agencies greater capability to tap publicly available web data to more accurately focus on quickly and lawfully determining who is a violent domestic terrorist will fulfill a key governmental need–and the early procurement dollars will flow to these acquisitions. This technology area was already seeded by DARPA programs, and some remarkable capabilities have already been created and fielded, but they have more routinely been focused on OCONUS dangers such as foreign terrorist networks. Enhanced domestic use of such technologies will add a profound layer of public policy, legal and ethical challenges.

As artificial intelligence (‘AI’) moves from science fiction stories of threatening AI monsters to specific government related applications, US national security policy makers will continue to have to place the right bets on how war making and intelligence gathering will be changed by AI. Until we see the real scope of the Biden Administration’s programs, a useful resource to consult is a 2020 book, ‘Turning Point: Policymaking in the Era of Artificial Intelligence’, which in a single slim volume addresses upcoming issues of AI on many government applications. The book is at its best on defense issues (chapter 6). It is published by the venerable left of center think tank, the Brookings Institution, that is currently seeing a significant outflow of its talent to posts in the Biden White House. The authors, retired US Marine Corp 4 star General, renaissance man and Brookings President, Gen. John Allen, headed the war on ISIS during a critical juncture as an Obama appointee. Many of Allen’s hires were key Obama-Biden personnel who needed a place to ride out the Trump Administration. Allen’s co-author, Darrell West is the Brooking’s tech policy subject area expert of other related works.

“Turning Pont’ examines the competition between the US, China, Russia and other nations, such as Iran and North Korea are examined, including the (overly) dramatic 2017 claim by Russian Prime Minister Putin: “Artificial Intelligence  is the future, not for Russia, but for all humankind….Whoever becomes the leader in this space will become the ruler of the world.”  (One is tempted to say yada yada).

The authors predict that ‘AI will dramatically increase the speed of war’. They briefly examine AI’s necessity to provide the shoot down capability aimed at Russian’s offensive hypersonic missiles, a technology which Russia is aggressively fielding to offset U.S. war making capabilities.

The book also addresses Russian use of AI in ‘strategic influence campaigns and micro targeting’ of messaging, and efforts to flood opponents systems with ‘deep fakes’ built with AI, as well as Russian efforts to disrupt GPS data systems that many highly accurate and lethal U.S. weapons systems depend upon.

The potential growth in the near time horizon to build and disseminate Lethal Autonomous Weapons Systems (LAWS), such as perimeter robots with cannon and machine guns and no on site human operator will particularly raise profoundly difficult ethical and human rights issues by removing human judgment in the application of deadly force. The book addresses AI’s increasing role in creating swarming ‘kamikazie’ kill drone attacks, and, of course the AI enhanced systems needed to defeat the swarm. The book was written before the recent use of such swarm drone attacks against Armenian forces by Turkish equipped Azerbaijan forces in Nagorno-Karabakh.

General Allen was the US and IForce leader in Afghanistan, and one of his successful trademark initiatives, not discussed in the book, was to quickly reduce careless Afghan civilian casualties which had become a huge problem for the NATO/ U.S. forces. Accordingly the book concludes with chapters on ‘Techlash’, ‘Ethical Safeguards” on AI and “Building Responsible AI”, to augment stand-alone the chapters on AI applications in health, transportation, education, e-commerce.

The Administration and Congress will likely have year-long debate on how to regulate Internet social media platforms. But the enforcement issues will move ahead and not await the outcome of those policy decisions.

‘Turning Point: Policymaking In the Era of Artificial Intelligence’