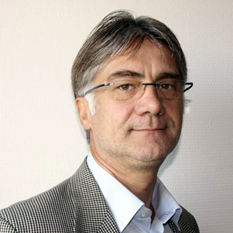 Through my not-for-profit work with The Conseillers du Commerce Exterieur (CCE), a Paris based international foreign trade advisory hub, along with my memberships in the GBEF, I appreciate how the distance between our countries continues to diminish. The chasm of 4,000 miles – not to mention a six-hour time difference – that separates our continents is no match for the countless technologies that bring us together. Today, communications across the Atlantic Ocean is as easy as joining a web-based video call or tapping the “send” button on our emails.

Beyond technologies, my goal as a member of the GBEF and CCE is to further reduce the distance between us. Both organizations share of common goal of being part of a group of like-minded professionals who when acting collectively will have a positive impact on government’s ability to serve its citizens.

About CCE : we had our 120 Year celebration with contributions from Don Upson And Gary Shapiro

The Conseillers du Commerce extérieur de la France (French Foreign Trade Advisors or CCEs) is comprised of 4,500 seasoned executives organized in 140 countries: women and men who voluntarily share their experience for the international development of France. We work closely with both public and private sector executives in promoting and supporting the internationalization of French companies. Our four missions are the backbone of our organization where I am the President for the Information and Communications Technology (ICT) and the Digital Economy:

As we all know, accompanying each new technology is our vision to deliver its full potential of value creation along with the concern of its misuse. France and the United States – both democratic and free nations – are generally consistent on policies dealing with the R&D, design, manufacturing, usage and trade of many of these technologies. An example of our consistency is how both countries are resisting the Chinese government’s insistence that foreign companies wishing to establish an operation in China must “partner” with a Chinese company who will have access to intellectual property rights of that technology. These arrangements are often one sides and bring into question many issues of adequate reciprocity. In addition, both US and France within EU’s directives are now closely scrutinizing Chinese hardware and software products that have a foothold in their countries.

However, our countries differ on policies on usage of data such as video feeds at crime scenes. France – and the EU generally – have far more stringent guidelines in the usage of video and hold high concerns of personal data protection (see GRDP which is strongly influenced by French CNIL). At stake are sovereignty and innovation.

Acronyms That Spell Our Future

Reducing enormous technologies breakthroughs to a few letters is universal. Acronyms such as AI, ML, QC, IoT and others are as prevalent in French as they are globally in English. Each of these vertical scientific discoveries – exponentially empowered by 5G technology – are providing a revolution in industrial digital transformations within these 3 regional blocks (USA, EU & Asia). Although the benefits are already apparent in our lives, it will take decades to fully benefit from each. Quantum computing, particularly Quantum Sensors, is another area that requires close monitoring. Interestingly, Quantum Supremacy was revealed recently by GOOGLE who has remarkably reduced the time to solve a computing problem from 10k years to …3 minutes!. Here again, our two countries and free nations throughout the world need to coordinate their policies which will enable universal adoption, disrupt present day technologies all while creating value without sacrificing citizen privacy.

The US Government is the world’s largest buyer of IT products and services. Its purchasing clout cannot be overstated. Conversely, the EU is comprised of 27 countries each with their own identity, language and political philosophy. As a result, the EU’s purchasing is still fragmented despite EU directives & governance policies. Yet France on our own has made enormous investment in the scientific and emerging technology area which led to the President Macron’s “start-up nation” and scale up ecosystems. Recently, the French government announced a $120 billion stimulus package to help with the economic recovery caused by the COVID-19 pandemic. Of this amount, $8.4 billion is targeted for technology companies including investments for start-ups, infrastructure and digital transformation.

You can be sure CCE will be an adviser every step along the way. And by extension, so will the GBEF!

For more information on CCE or the opportunities in France as the strategic springboard to EU, please drop me an email and introduce yourself.